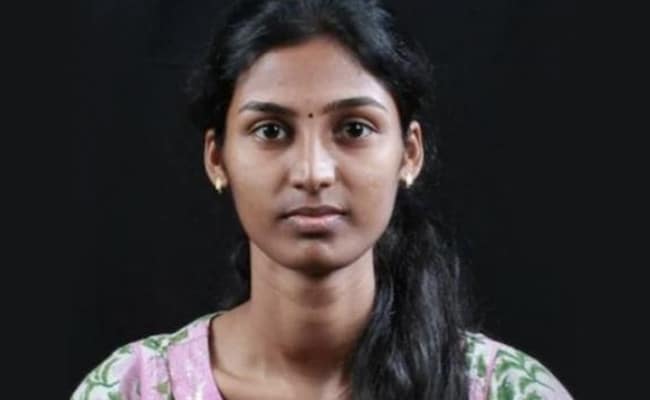 The dead body has been recovered and sent for autopsy.

A 22-year-old woman was crushed by a truck after she fell from her vehicle while trying to avoid a pothole in Chennai on Tuesday.

The victim, Shobna, was working as an engineer at Zoho, a private technology company. Shobna was reportedly on her way to drop her brother at an institute for his NEET coaching class. The brother was also injured in the accident but is alive and undergoing treatment.

Neither Shobna nor her brother was wearing a helmet, police said. The driver named Mohan was arrested after fleeing from the spot after the accident.

“None of them were wearing helmets. The truck driver, Mohan, has been arrested on charges of reckless driving and causing death due to negligence. Civic authorities have repaired the damaged portions of the road,” Poonamallee police said in a statement.

“One of our engineers, Ms. Shobana died tragically when her scooter fell on a heavily potholed road near Madurvoal, Chennai. She was taking her younger brother to school. Our bad roads have taken a tragic toll on her family and Joho,” said Mr. Vembu wrote on Twitter.

One of our engineers, Ms. Shobana died tragically when her scooter fell on a heavily potholed road near Madurvoal, Chennai. He was taking his younger brother to school.

Because of our bad roads a
A sad loss to his family and Joho. https://t.co/8XAycPhIskpic.twitter.com/JlX5roD6DS

Police recovered Shobna’s body and sent it for post-mortem.