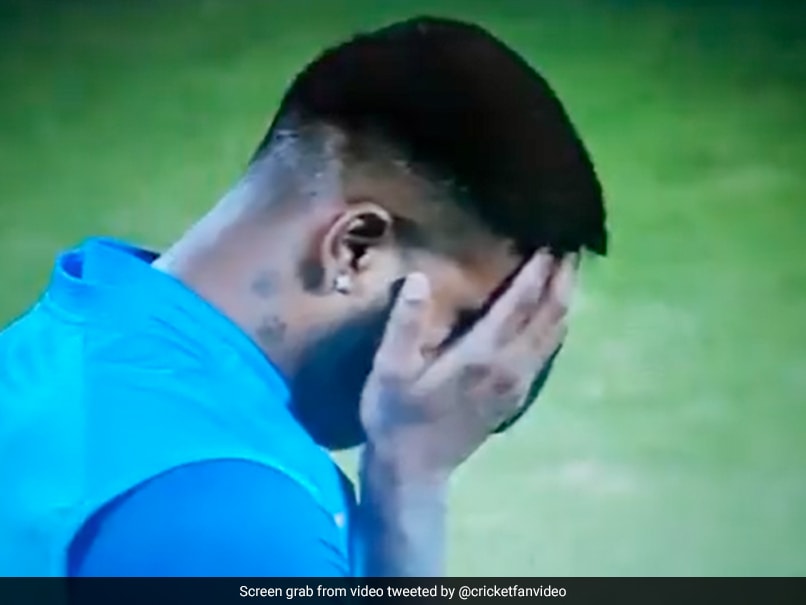 Arshdeep Singh will want to forget Thursday very soon. The young and promising left-arm pacer returned for the second T20 against Sri Lanka after missing the first T20. But it turned out to be a horror show for the bowler. He returned to an economy of 18.50 per over as he conceded 37 runs in just two overs. He also took five no-balls – the joint-most by any bowler in a full-member team in T20Is and the most by an Indian bowler.

Arshdeep’s bowling started in the second over, where he took three no balls. Sri Lankan batter Kusal Mendis was on strike. He hit two balls, a six and a four. 19 runs came at the end of the over. Arashdeep came to bowl the 19th over again with Sri Lanka Dasun Shanaka Still on fire, Arshdeep bowled two more no balls. He hit a six and a four in that over. After his fifth no ball, Hardik Pandya looked visibly disappointed and hid his face in his palms. Then he walked towards Arshdeep and spoke to him calmly.

WATCH: Hardik’s expression says it all as Arshdeep 5th no ball vs SL

Speaking of the match, Sri Lankan captain Dasun Shanaka scored an unbeaten 56 off 22 balls to fire Sri Lanka to 206/6 against India. After being invited to bat first in Pune, Sri Lanka scored 77 runs in the last five overs. Kusal Mendis, who hit 52 off 31 balls, put on an opening stand of 80 runs. Pathum Nisankawho made 33, to lay the foundation for the challenging total.

But Shanaka took the fifty in 20 deliveries by hitting the hero ball of the previous match Shivam Mavi He put on an unbeaten 68 with Chamika Karunaratne in the last over of 20 runs.

quick to tear Imran Malik He took three wickets but gave 48 runs in four overs. Mendis reached his fifty in 27 deliveries with a six from Umran, who had bowled the fastest ball of 155 kmh (96.3 mph) by an Indian bowler in the previous match, in the end, India managed 1908/8 in 20 overs and lost by 16 runs. .

Hardik Pandya will lead the T20 against Sri Lanka