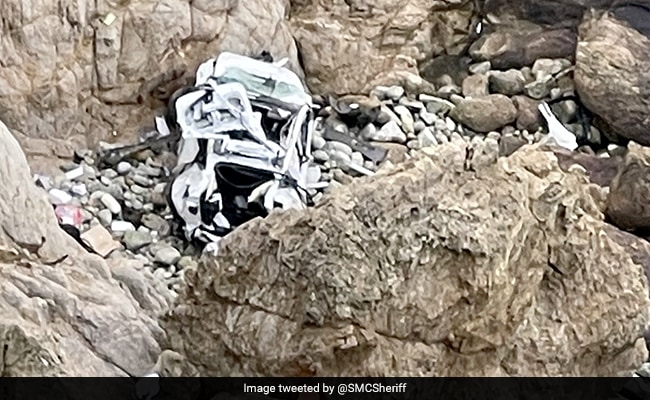 Dharmesh Patel, his wife and child survived and were rescued in California on Monday.

A 41-year-old Indian-origin man has been arrested in the US on charges of attempted murder and child abuse after he deliberately drove a Tesla off a cliff with his wife and two children inside, according to media reports.

Dharmesh A. Patel, of Pasadena, Calif., will be booked into the San Mateo County Jail after his release from the hospital, the Highway Patrol said in a statement.

Dharmesh Patel, his wife and children survived and were rescued Monday at Devil’s Slide in San Mateo County, the California Highway Patrol said.

The rescue involved firefighters who descended the mountain to save two children, a 4-year-old girl and a 9-year-old boy. American broadcast television network NBC News reported that helicopter crews rescued two adults from the car. 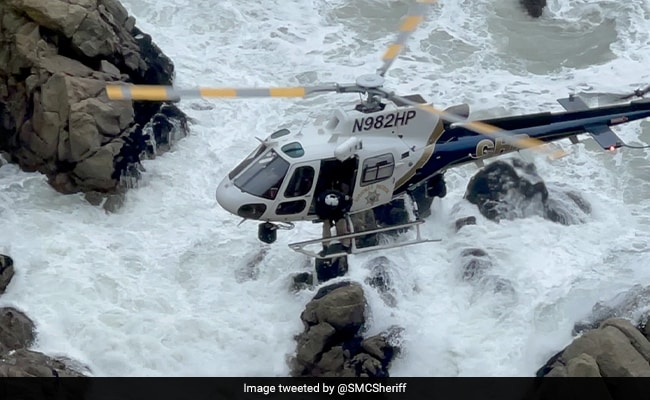 The New York Times reported that the rescue was described as almost miraculous.

The Tesla was down 250 to 300 feet, according to the highway patrol.

This afternoon, deputies responded to a single vehicle on the side of Hwy 1 south of the Tom Lantos Tunnel. Two adults suffered non-life-threatening injuries and two children were unharmed. A remarkable collaborative effort by SMSO, @CHP_Goldengate And @calfireSCUpic.twitter.com/sVyKp6LSrc

“Based on the evidence collected, investigators have developed probable cause to believe this incident was an intentional act,” it said in a statement.

He said it was “very, very rare” for people to survive such a steep fall and that child car seats could have saved their lives.

“We were actually quite shocked when we found the surviving victims in the car. So it was actually a moment of hope for us,” Mr Pottenger said.

Officer Andrew Barclay, a spokesman for the Golden Gate Division of the Highway Patrol, said authorities plan to charge Mr. Patel with three counts of attempted murder and two counts of child abuse.