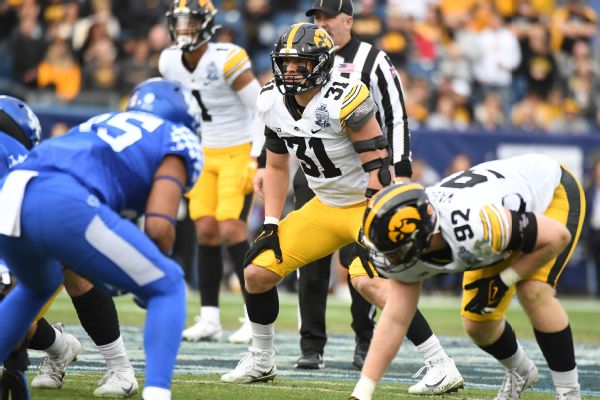 Its grandfather Iowa Star linebacker Jack Campbell died Friday night in Nashville, where he had traveled to see the Hokies play in the Music City Bowl.

William Smith Jr., the father of Campbell’s stepmother Jane, died after a pedestrian-vehicle crash involving a car, the school said in a statement. The 76-year-old from Waterloo, Iowa, was pronounced dead after being taken to Vanderbilt Medical Center.

Campbell’s parents chose not to tell him about the accident until after the game, which Iowa won 21-0 over Kentucky on Saturday. Campbell, in his final college game, had a team-high 10 tackles, including two for loss and a sack.

“Our hearts go out to Jack and his entire family as they grieve the tragic death of their grandfather and father, William Smith Jr.,” coach Kirk Ferentz said in a statement. “We know Mr. Smith was a strong influence on his grandson and a loyal hockey football supporter. All of us — players, coaches and staff members — will keep the Campbell family in our thoughts and prayers during this difficult time.”

Campbell was the Big Ten Defensive Player of the Year and won the Batkus Award, which goes to the nation’s top linebacker.