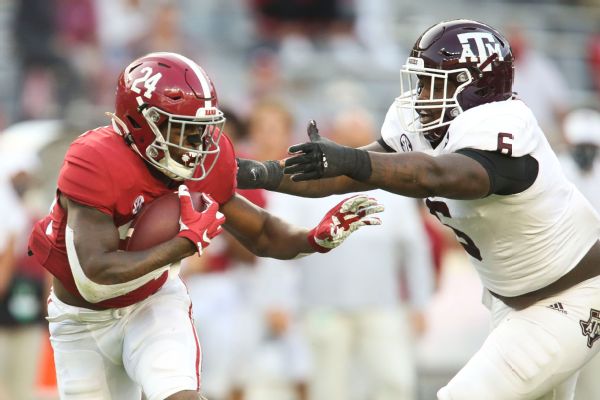 Sanders, who announced his commitment to TCU on Twitter Thursday, was limited to 14 carries this season but had 448 rushing yards on 102 carries in his first two seasons for the Crimson Tide. He was ESPN’s No. 16 overall recruit in the 2019 class.

The Florida native joined the wide receiver Jojo Earle and aggressive coping Tommy Brockermeier While transferring from Alabama to TCU, that face off Georgia Monday in the College Football Playoff National Championship.

Sanders, who will have two years of eligibility remaining, could boost a TCU team that could enter 2023 without its top two rushers, Jr. Kendre Miller and seniors Emari Demercado. ESPN lists Miller as the No. 156 prospect for the 2023 NFL Draft.

“We’re hoping to compete against Alabama, not only recruiting, but on the field,” TCU coach Sonny Dykes recently told ESPN’s Dave Wilson. “So the first thing you don’t want to do is take a bunch of guys to Alabama who can’t play for them. Because in theory they can’t play for you either.”