In a controversial order by Rajasthan Anti-Corruption Bureau officials, the names of people caught in fraud raids in corruption cases cannot be disclosed until they are convicted in a trial. The opposition BJP in the state attacked the Ashok Gehlot government, saying it was proof that the government was supporting corruption.

BJP’s Rajendra Rathore, Deputy Leader of Opposition in the Rajasthan Assembly, tweeted that the Gehlot government was now becoming a “shield of the corrupt”. 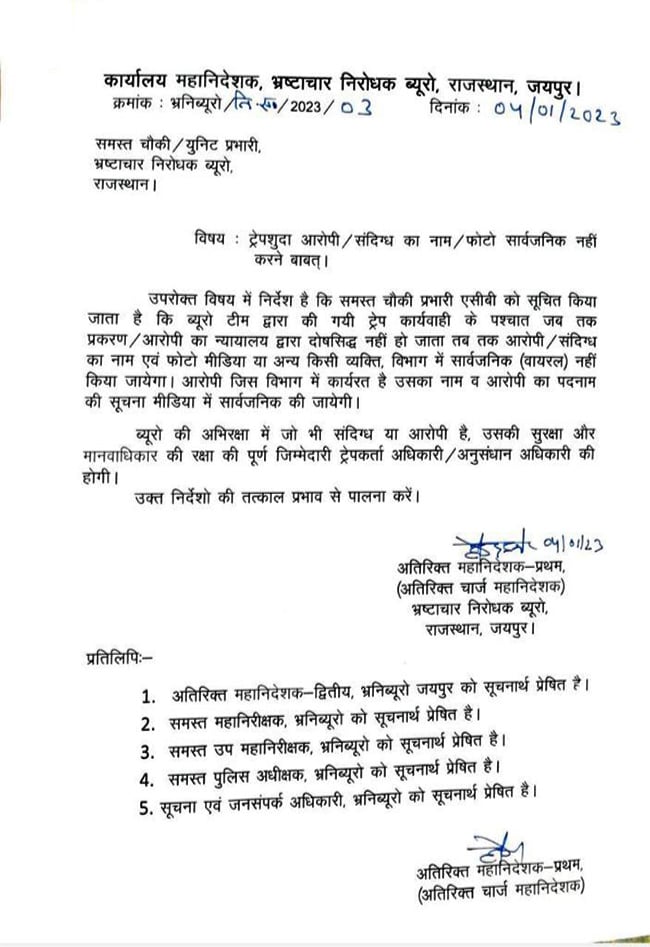 According to the order, the names of those arrested in the corruption operation can be disclosed only after they are proved in court. However, the person’s title and category can be made public.

The state’s ruling Congress is yet to react on the matter.