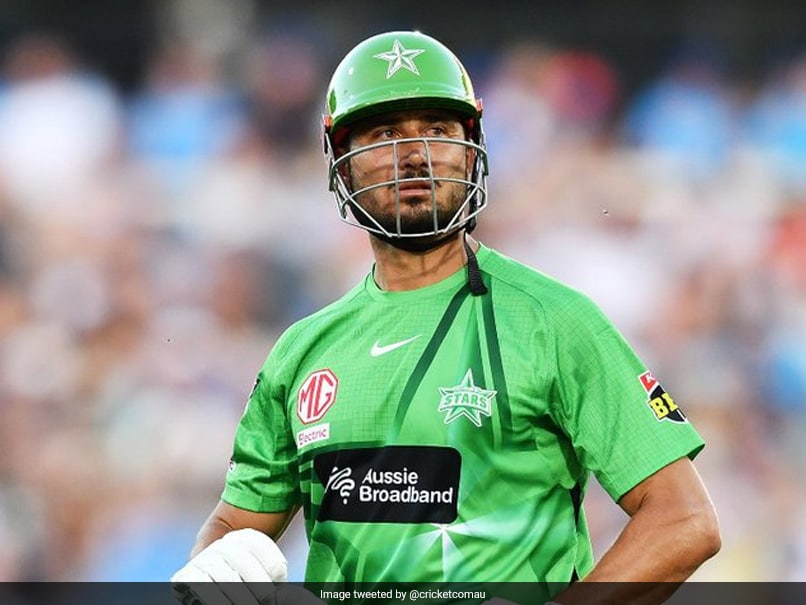 Melbourne Stars’ Marcus Stoinis was not given a time out by the on-field umpires.© Twitter

Melbourne Stars defeated Adelaide Strikers by 8 runs in the previous match of the Big Bash League on Saturday. Australian all-rounder Marcus Stoinis Played a storming innings of 74 off 35 balls and guided the Stars to 186/7. In reply, the Strikers were restricted to 178/5 despite a half-century from Adam Hose. However, the match also had a controversial moment when the umpires allowed Stoinis to bat even after his time had expired.

As per the new rules of the tournament, a batter’s time is over if he fails to get to the crease within 75 seconds of being dismissed. Strikers batter Adam Hoes called out the umpires for ignoring their pleas.

“He (Stoinis) is a top-class player, but to be honest I was at cover from his first ball and I’m sure he was timed out. (He had) 75 seconds and he wasn’t ready. So there was some confusion with the umpires. We were all applying … I’m not sure what happened there. I’m pretty sure his time is up,” A report by foxsports.com.au quoted Hoss as saying:.

Responding to Hose’s comments, Stoinis gave a strong reply and said that he would not have appealed if he was on the other side.

“I checked the center (stump), went there and stood because I saw the pitch moving. But I didn’t really know that I had to stand there regardless. There were a few times where the fielders were moving when we were taking guard and we were ready. My understanding was that when the field is moving … I’m not going to stand there until I see (what the final fielding set-up will be like),” Stoinis said.

“Apparently, you have to face it. There was a dead ball with Hilts (Hilton Cartwright), they applied for it, but the field was moving so it ended up being a dead ball,” he added.

The Melbourne Stars now face the Melbourne Renegades in their BBL clash and the Adelaide Strikers take on the Hobart Hurricanes on Monday.